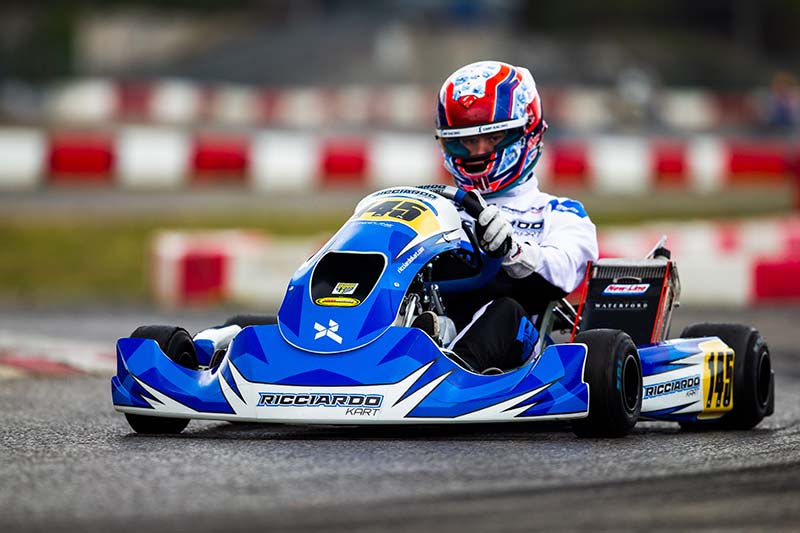 Loeskow, who will make his return to Europe after a 2-year absence, is no stranger to the high-level European competition, racing for the Ricciardo Kart factory team for 2 seasons. Although this will be his debut in the pinnacle KZ category, Loeskow will be given every chance after Patrizicorse owner and Ricciardo Kart Global manager, Michael Patrizi, inked the deal to bring together the Ricciardo Kart Chassis with the factory support of the world-famous Vortex engine program. Leading into the event Loeskow currently leads the Australian KZ2 Championship which is set to go down to the wire this Sunday the 1st September at the Todd Road karting circuit in Victoria.

Kiwi driver Matthew Payne will be joined by young Australian Henry Johnstone who will make his karting debut on European soil. Payne however, is a regular competitor on the European scene and returns for the KZ2 Supercup with a new team and new equipment. On debut for Patrizicorse at Round 4 of the Australian Kart championship Payne took victory in KZ2 using the same Ricciardo Kart and Vortex package to be used by Patrizicorse at the World Championship.

“I am extremely proud to be able to bring this whole package together, I am sure heading into the event our drivers will be given as much chance as any other to get a result.” stated Patrizicorse General Manager, Michael Patrizi.

“For Troy and Matthew, we are going for a result. They have the experience and understanding of what is needed to race at the front on the world stage. For Henry, being his first race in Europe, I am sure from my own experience it will be a big culture shock at the start, both on and off track. However, after a few practice sessions and with the raw speed he has shown here in Australia I am sure he too can achieve a good result”.

“I have to thank everyone that have contributed to making this happen, especially BirelART, Vortex and their respected staff. Last time Patrizicorse entered the world championship we finished 13th with Italian Driver Mirko Torsellini, and although that was a great result on debut, hopefully we can better that with our own local drivers on an international stage, none bigger than the World Championships.”

You can follow all the action from the world karting championships on the CIK-FIA website from the 20-22 September at:

Keep an eye out on the Patrizicorse social pages for constant updates: